BAUER accompanies the German Chancellor to the Arab peninsula 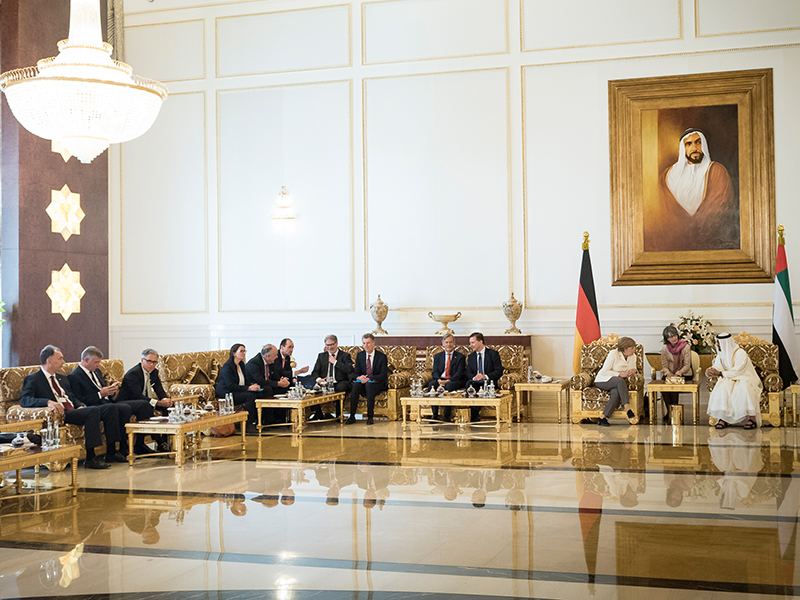 In an honour that is not accorded to everyone, His Royal Highness Sheikh Mohammed, Crown Prince of Abu Dhabi, welcomed the Chairman of the BAUER GROUP, Philipp Bayat, with a handshake in the presence of the German Chancellor. The photograph of the handshake was published on the largest daily newspaper in the United Arab Emirates (UAE), “The National”. A great privilege, which was clearly recognised as such by the public.

Philipp Bayat is proud of the honour, regarding it as “a sign of acknowledgement of the long-standing good relations that link us with the Emirates”. And also a promising sign for the future; as the Saudi Vice-Minister of the Economy stressed, both the UAE and Saudi Arabia are seeking to “collaborate closely with Germany” in both political and economic terms.

Saudi Arabia is focusing on “Vision 2030”, the country’s master plan for economic reorganisation, reduction of dependence on oil, and renewal of its infrastructure.

Chancellor Merkel was therefore accompanied by a veritable Who’s Who of German industry, spanning companies including Siemens, Deutsche Bahn and Lufthansa – as well as selected “hidden champions” of Germany’s industry such as the BAUER GROUP, home of unique expertise that is highly sought-after around the world.

The visit to the Saudi Royal Palace in Riyadh was particularly fortuitous for the BAUER GROUP. At the official dinner, Philipp Bayat was seated in a place of honour opposite the host, Sheikh Mohammad bin Salman Al Saud, the Deputy Crown Prince of Saudi Arabia and the originator of “Vision 2030”.

In Saudi Arabia, BAUER is a leading player in the civil defence sector and is involved in numerous large-scale projects in the industrial and oil and gas sectors, in addition to more recent involvement in desalination plants. In the UAE, BAUER is responsible for projects including expansion of the CNG fuel station network – one of the first major projects to launch the economic restructuring of the Arab peninsula around 2010. 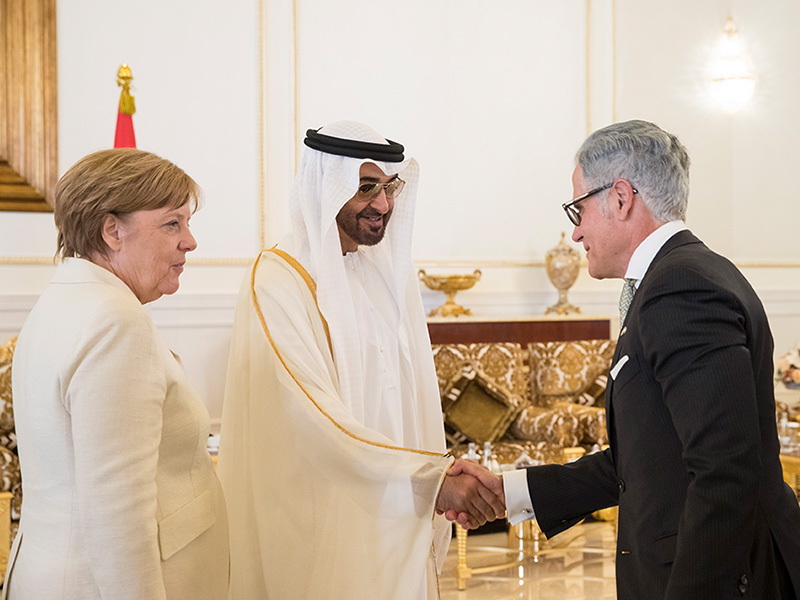